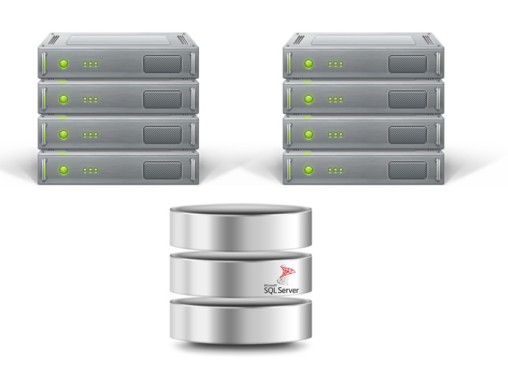 *My online course, Windows Server Failover Clustering (WSFC) for the Smart SQL Server DBA, is all about helping you become confident in deploying SQL Server workloads that run on top of a WSFC. This series of blog posts explores some of the lessons covered in the course. If you want to learn more about the upcoming online course, sign up for my regular newsletter. Now, considering that support for CSVs was only introduced in SQL Server 2014, it is still relatively new. And with older versions of SQL Server FCIs using the traditional shared disk, I bet that the upgraded versions will still use the traditional storage. Now, there’s nothing wrong with sticking with old practices so long as they meet the overall objectives. But there’s a reason why CSVs were introduced in SQL Server 2014: improved scalability, availability and manageability.

How It Was Before: SQL Server FCIs using Traditional Shared Disk

Because of the direct dependency, the amount of time it takes for SQL Server to come online is dependent on how quickly the WSFC can bring the shared disk online on one of the standby nodes. In some cases, if the device drivers for the storage are not consistent between the nodes of the WSFC, you cannot even bring the shared disk online, causing even more downtime on the SQL Server clustered resource. I still remember how I struggled to painstakingly bring a SQL Server 2005 FCI online after a failover not knowing that the Emulex HBA drivers were not consistent on all of the WSFC nodes.

CSVs still use the concept of a shared disk but with an added layer of abstraction. Instead of having the shared disk be accessible to only one WSFC node at a time, all of the WSFC nodes have their own logical paths to it. This is made possible thru the Server Message Block (SMB) protocol. Since the WSFC nodes are connected to each other thru the heartbeat network (it’s another reason to have a dedicated network for inter-node communication,) CSV can take advantage of this route to the shared storage to send I/O commands.

Don’t be confused. While all of the WSFC nodes have both physical and logical paths to the shared disk, only the node that owns the SQL Server clustered resource can own it, just like when using traditional shared disks. In other words, the owner node dictates how to send the I/O commands – either directly thru its own access path or thru the heartbeat network. This is why you won’t see any direct dependency on the shared disk if you look at the Dependency Report. It also means that the failover process will be faster with CSVs.

But don’t be deceived. While the Dependency Report does not show a direct dependency on the shared storage, your databases are still on that storage. Just like when the drive containing your SQL Server databases crashes, your SQL Server instance availability is still dependent on that CSV disk.  So, be sure to monitor those CSV disks just like how you would with any disks.

Whether you’re deploying new SQL Server FCIs or upgrading to SQL Server 2014 and higher versions, consider using CSVs. You’ll be happy that the Clustering team at Microsoft developed this feature and that the SQL Server team eventually supported it.