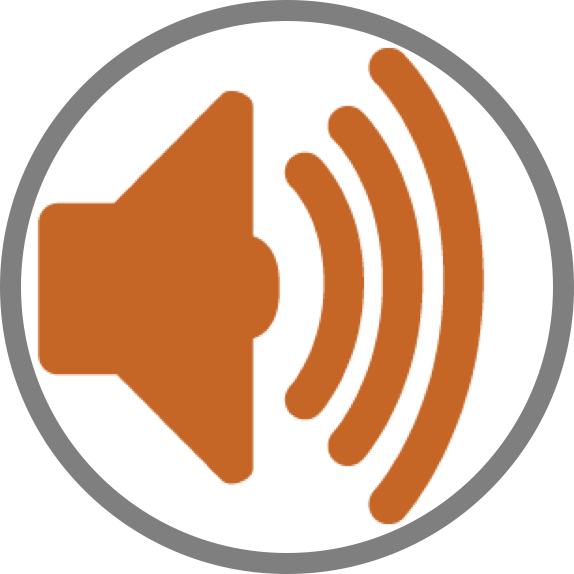 There’s something about sounds that trigger emotions and make us recall memories. I recently became interested in the concept of “auditory plasticity” — the process whereby our perception of sound adapts according to the aural patterns we experience. I think it’s because of the fact that as a musician, I understand the power of music to move people’s emotions. Watch how people respond to a slow classical music versus an upbeat EDM mix. It’s pretty interesting.

What’s even more interesting is the fact that it is happening to us without being aware of it. As a side effect, we generate emotions that affect the way we behave. Here’s an example.

Growing up, my mom would take us to work because she can’t afford a babysitter. We would sit at a table beside her desk, either reading a book or scribbling on a piece of paper to pass time. Their office was on a floor above the factory – a typical white-collar environment where everyone wore nicer clothes compared to those on the shop floor. The sound of high quality leather shoes walking around the office will tell you that the person approaching is either a manager or somebody with a higher status in the company.

To a four-year-old, anyone bigger who’s also wearing high quality leather shoes and expensive clothing appears to be intimidating. Couple that with the fact that they would approach you with an intimidating look and ask what the hell is a four-year-old doing in their office. Why they do it is beyond a four-year-old’s comprehension. But it’s one of the reasons I struggle with dealing with intimidating people.

It took a while for me to learn how to deal with intimidating people. In my line of work, I deal with people of different personality types. So, I need to learn human psychology to understand why people do what they do. More importantly, I needed to learn more about myself and what triggers the different emotions I feel. Because it’s the emotions we associate with the sounds that we hear that will determine how we act.

The Past, Not The Future

The problem with these experiences is that we tend to make the lessons stick without further exploring whether or not they are still valid. It’s what all past experiences are. And we make our decisions based on them. Even worse, they hinder our growth because we keep telling ourselves the stories we once experienced.

The first audio clip reminds me of the year 1986. I was a nine-year-old kid already aware of what’s happening around me. The famous People Power Revolution was underway and I was playing in the streets as I heard military aircrafts fly by. Aware of what was happening during that time and the fact that these were military aircrafts flying by, anything could happen. We were not in a state of war by any means, but, still. I guess it’s my fascination with airplanes that got me to easily recognize the sound of military aircrafts. Fast forward twenty years later and I hear the same familiar sound as I was looking out the window of our Singapore flat. Who would have thought that the sound of a military aircraft flying by could cause a slight increase in heartbeat rate and a sudden rush of thoughts that were anything but peaceful.

The third audio clip reminds me of the time I broke my right leg. Prior to the accident, I barely paid attention to anything that merely sounded like that of cracking a bone. Now it’s as if I can instantly identify what the sound is as soon as I hear it. Guess what I start to feel after hearing that sound?

These past experiences have influenced how I felt and how I respond. There currently are no signs of war going on and my right leg is already slightly functional. Yet my responses to these sounds remained the same.

It’s The Stories We Tell Ourselves

You’ve probably heard of the Chicken Little story, known for the phrase “the sky is falling.” And while the story dates back to the 19th century, it is very much relevant to these days. A recent news highlights an increase in unemployment claims in the US than expected. Even worse are news about robotics, artificial intelligence and automation that threaten to replace majority of the working population. Bad news is everywhere – on social media, the cable networks, on your phone. And we keep entertaining them. The more we think about them, the more miserable we feel.

There is no denying the reality of what’s going on around us. But it is our responsibility to take control of the stories we tell ourselves. Just like how what we choose to see is what we get, what we also decide to listen to is eventually what we get. I started telling myself that the sound of military aircraft flying by could mean that an aviation exhibition could be going on. I could then enjoy watching the amazing pilots fly their aircraft in an awesome display of skill. I started telling myself that the sound of a cracking bone could mean that my right leg is slowly getting back into its normal rhythm that I can be running on the treadmill in a few weeks.

You can tell yourself that the news about robotics, artificial intelligence and automation that threaten to replace your job is a wonderful opportunity to explore more exciting ventures. Besides, wouldn’t it be better than a boring, routine job?

We need to be aware of those intimidating sounds that cause us to feel anything but empowered. It’s one step towards knowing how to deal with them and eventually moving towards maximizing our potential.

Here’s a fun experiment. Use the sound clips played on the website to identify the emotions that you fell. Try to recall an event that lead you to feel that emotion.