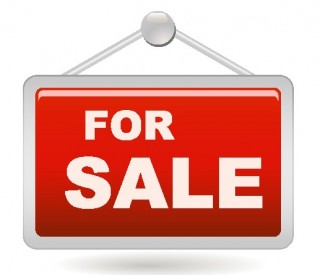 “We’re not being selfless when we avoid promoting. We’re just undercutting our own mission.”

I get it. I may be the stereotypical IT guy who makes loud clunking sounds on my keyboard the whole day with very minimal social interaction. I do the best that I can to get the job done as efficient as I possibly can and then moving on to the next task. My work literally disappears among the other issues that happen in the office because everything just works fine – until they don’t. I guess there’s something about the IT industry that attracts the introverts, the nerds, and the geeks.

I’m a private, introverted individual. I guess that’s what’s gotten me into IT. My mom encouraged me to pursue a second undergraduate degree in business but strongly refused (although I did pursue an MBA degree which I didn’t bother finishing.) The very first job opportunity I was offered after college was as a sales engineer. I opted out, thinking I wasn’t really built for that. For years, I refused every opportunity to pursue a job in sales, exclaiming out loud, “But I hate selling.” That was all it took for me to avoid any sales opportunity throughout my career.

But I guess I had it all wrong. I looked back at the things I did ever since I was a kid. And, then, it hit me. I was actually doing sales, I just wasn’t aware of it.

From being a computer technician to becoming a database consultant, I was selling – be it ideas on how to improve processes to doing pre-sales calls to secure a new customer.

I guess hate is a strong word to express a feeling that I didn’t want to admit. I actually didn’t hate selling – I was afraid. Afraid of being turned down. Afraid of being ignored, laughed at, ridiculed, or even disappointed. Sure, doing a great and excellent job comes easy for me – I was trained for it. But I sure wasn’t trained to take in disappointments nor ridicule. So, I avoided it. But when I realized that what I was “selling” was helping someone else, I started to see it differently. It made a connection between something that I avoided and something that I was passionate about. I was passionate about serving others, helping them grow and develop their full potential. Whether I was selling my professional service, an idea or a product, I know I was serving others.

I’ll never forget the time when one of the attendees in my SQLSaturday presentation in New York City approached me as I wrapped up the question-and-answer portion. He said, “Sir, you probably don’t remember me but I was one of your students when you were teaching Structured Query Language in the Philippines back in 2004. I’m now a business analyst in one of the large financial institutions here in NYC.” Almost a decade after being able to serve someone, I was a witness to the outcome. I probably won’t get to see the outcomes of the hundreds or even thousands of folks that I have had the opportunity to teach, inspire and serve over the years – from those who’ve attended the conferences I’ve spoken at to those I’ve mentored one-on-one. But that doesn’t stop me from pursuing what I love to do.

And, that’s why I teach. That’s why I create courses like the Windows Server Failover Clustering for the SQL Server DBA and the SQL Server High Availability and Disaster Recovery Deep Dive. Because they’re not just about becoming really good at SQL Server. That’s just a natural side effect. They’re really about serving someone else and helping them reach their full potential. But I certainly need your help so I can be of service to more people. If you know anybody who might benefit from these courses, feel free to share them.  Better yet, make the investment of paying for someone to take these courses. You won’t regret it. I’ll save my own story for a future blog post.

Oh, and I don’t hate selling anymore.  I just need to try harder.